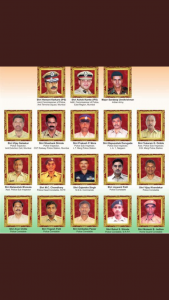 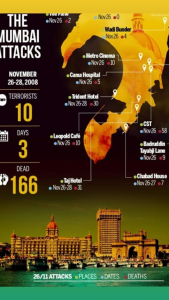 Today on this day exactly a decade ago the attacks of 26/11 happened. This was one of the biggest terror attacks that ever happened in the history of mankind, killing 166 people.

For the people who may not know about the 26/11 Mumbai attacks let me tell you.

On the night on the 26th of November, 2008, 10 terrorists who were trained by the terror outfit Lashkar-e-taiba left from Karachi, Pakistan for Mumbai on the orders of Zaki ur Rehman Lakhvi and LeT head Hafiz Saeed  to execute one of the biggest and most dangerous terrorist attacks to happen on Indian soil. After leaving Karachi on a boat they hijacked an Indian boat near the Indian border so that they could go to Mumbai safely without any suspicions. At 8PM IST the terrorists reached Mumbai and split up into 2 groups, the first group consisting of two terrorists went to Chhatrapati Shivaji Maharaj Terminus and started firing everywhere and didn’t spare anyone young or old, women or children. 58 people had died and about 104 were injured in this attack. Security forces and emergency services arrived shortly afterwards. Announcements by rail announcer Vishnu Dattaram Zende, alerted people to leave the station saving hundreds of people from harm and even though the terrorist had fired in his cabin, he did not stop and continued to make the announcements. The two terrorists then escaped from the station and then went to Cama Hospital. When a doctor saw the terrorists coming in from the back door he became suspicious and told the staff to take the patients and hide, he even switched off the lights so that it would be difficult for the terrorists to see. Unfortunately the terrorists spotted the doctor when he was helping an old man reach to safety and shot the old man as well as the doctor.

After the attack on the Cama Hospital when the terrorists were escaping they had an encounter with the police in which the top 3 cops of Mumbai    Police were killed. Hemant Karkare, Vijay Salaskar and Ashok Kamte were martyred in this encounter.

At the same time another attack was done by the second group at the famous Leopold café at Colaba where scores of innocent people who had just come for a good time were killed in the firing and the explosion at the cafe. The terrorists then proceeded towards the Taj Mahal Hotel in front of the Gateway of India.

In the meanwhile the two terrorist who had killed the cops and escaped in the police vehicle, changed their vehicles but on the way of their next target they saw that the police had put up a barricade and searching every car so they stopped approximately 50 feet away from the barricade and when they tried to escape, their car hit the divider and after they knew that they were trapped they started firing at the police and there was counter firing in which one terrorist was killed and the other one was injured. After the gunfire stopped Tukaram Omble, a police constable armed with nothing but a baton approached the car to remove the second terrorist. While removing the terrorist from the car, the terrorist started firing but Omble didn’t loosen his grip and managed to take the terrorist out of the car after which the policemen grabbed the terrorist immediately, took his weapon and beat him. He was later identified as Mohammad Ajmal Amir Kasab and was later interrogated by the Mumbai Police. He was the only terrorist captured alive.

The terrorists who had gone to the Taj Mahal Hotel started firing and hurled grenades at people in the lobby of the hotel. They then went up into a room, took the person in the room hostage and used the room as a communication centre to contact their instructors back in Pakistan. The attack on the Taj and was the longest attack and lasted till the 29 of November 2008. Oberoi Trident Hotel was cleared on the 28th of November. Another team of the NSG was deployed at Nariman House, a jewish centre to clear it of the terrorists. The Nariman House was secured on the 28th of November as the two terrorists inside it were killed. NSG commando, Hawaldar Gajendra Singh was martyred in the raid on the Nariman House. Finally on the 29th of November 2008, all the terrorists in the Taj Mahal Hotel were killed. In this operation another NSG commando, Major Sandeep Unnikrishnan was martyred.

Ajmal Kasab, the only terrorist caught alive was hanged on 21 November, 2012, 4 years after the attack.

The day of 26 November will always be remembered in Indian history as one of the darkest days the nation has seen. For almost 3 whole days the city of Mumbai with a population of approximately 2 crores/20 million was on a standstill but even at these darkest hours, the people of Mumbai were united and eventually came back stronger than before.

It is truly said that terror has no religion because no religion teaches us violence but instead it teaches us to be peaceful and how to live a happy and peaceful life and to never sin anyone. But it is a known fact that some people use religion in instigating and convincing innocent people to take up arms and do such terrible acts like in the 26/11 attacks but at the end of the day they are nothing more than terrorists.

On this day I would like that we all try our best in spreading peace and love throughout the globe and do our part in making our future free from terror and making our world a BETTER PLACE to live in. Today I would pay my deepest respects to those 15 policemen and 2 NSG commandos who gave their life for the honour of their country and I believe that we won’t have completely avenged them until we hang the main perpetrators who masterminded this attack. They not only walk free without the fear of getting punished but also spread the word of hatred and terror to destroy humanity. They must be taught a lesson.

Salute to the Indian Armed Forces, our Police Forces and the firefighters who work day and night, fighting terror without even caring about themselves for the safety of our countrymen. Deepest Condolences to the people who lost their loved ones on this day 10 years ago. Salute to the policemen, the commandos and the firefighters who fought for their country and martyred their lives for the safety and honour of the country and the countrymen. Tribute to the people of Mumbai who united at the hour of need and helped the injured civilians reach the hospital on time and stood shoulder to shoulder against terror. May their souls rest in peace. 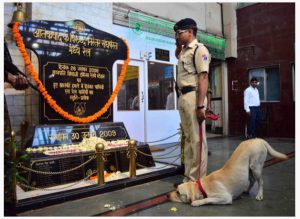 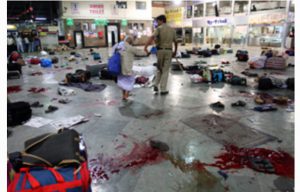 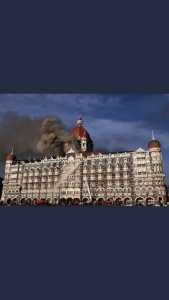